Dating back to approximately 3500 BCE in its earliest phase, the timeframe for the mature phase of the Indus Valley Civilization ranges from approximately 2700 BCE to 1900 BCE, making it contemporary with the Early Dynastic II-III, Akkadian, and Ur III periods of Mesopotamian Civilization. Perhaps the largest of the ancient centers of civilization, the Indus Valley Civilization covered an area of more than 800,000 square miles, which is comparable to a land area the size of Alaska and Texas combined (fig. 2). 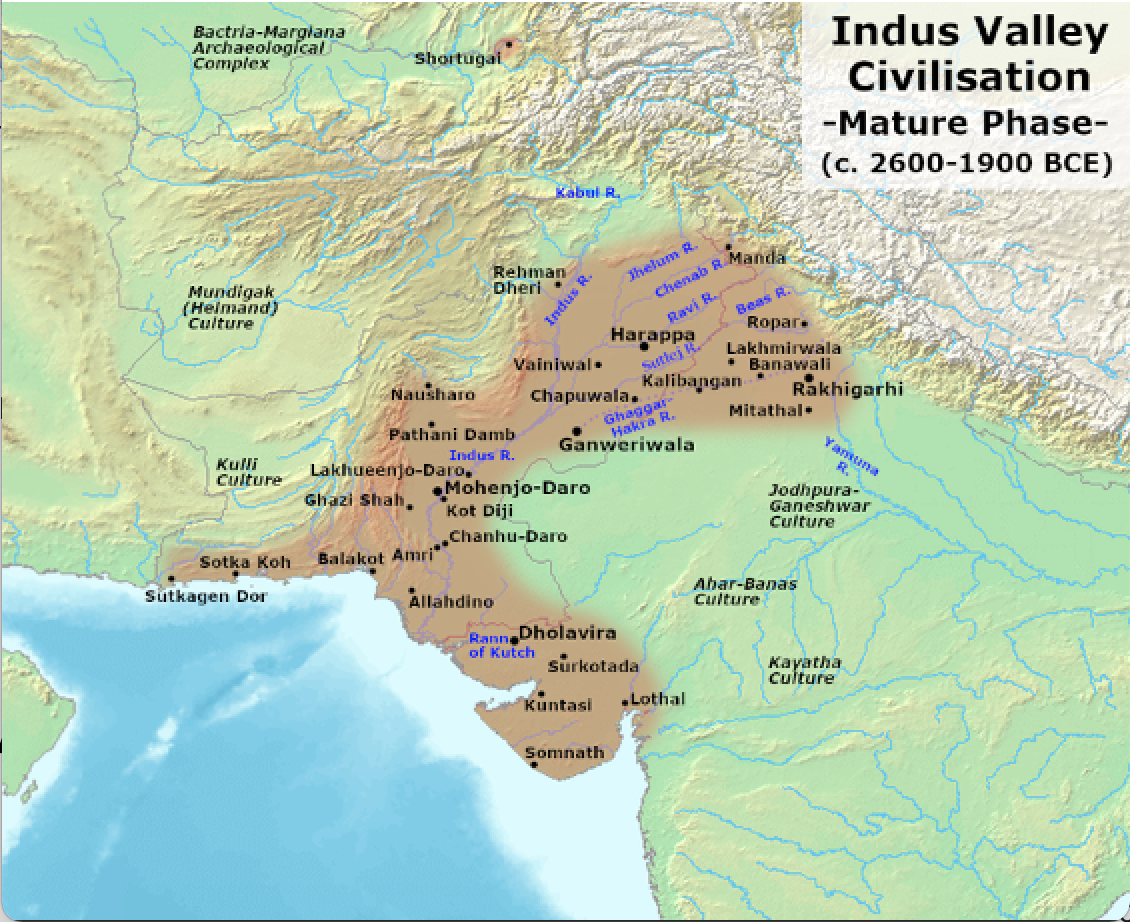