Chapter 2 – Changing History: The Discovery of the Indus / Harappan Civilization

Prior to the 1924 publication of a British newspaper article announcing the excavations at Mohenjo-Daro, the earliest confirmed date in Indian history was 326 BCE, with the arrival of Alexander III of Macedon (Alexander the Great, 336–323 BCE) in the Indian northwest. During the late nineteenth and early twentieth centuries, historical analysis of the Vedas, the sacred texts of the Indo-Aryan and Vedic peoples of India, pushed the presumed beginnings of India back to about 1500 BCE. However, there was no indication in any of the historical texts of ancient India that suggested the existence of a pre-Vedic civilization in India. Accordingly, the discovery of Mohenjo-Daro and Harappa in the early 1920s set off a shockwave that forced the complete rewriting of the early history of India (fig. 1). As R. C. Majumdar, an eminent Indian historian of the twentieth century, stated:

The discovery of this civilization has almost revolutionized our conception of Indian history. At a single stroke the antiquity of Indian civilization has been pushed back to 3000 B.C., if not earlier still, and India now ranks along with Sumer, Akkad, Babylon, Egypt, and Assyria as a pioneer of human civilization.[1] 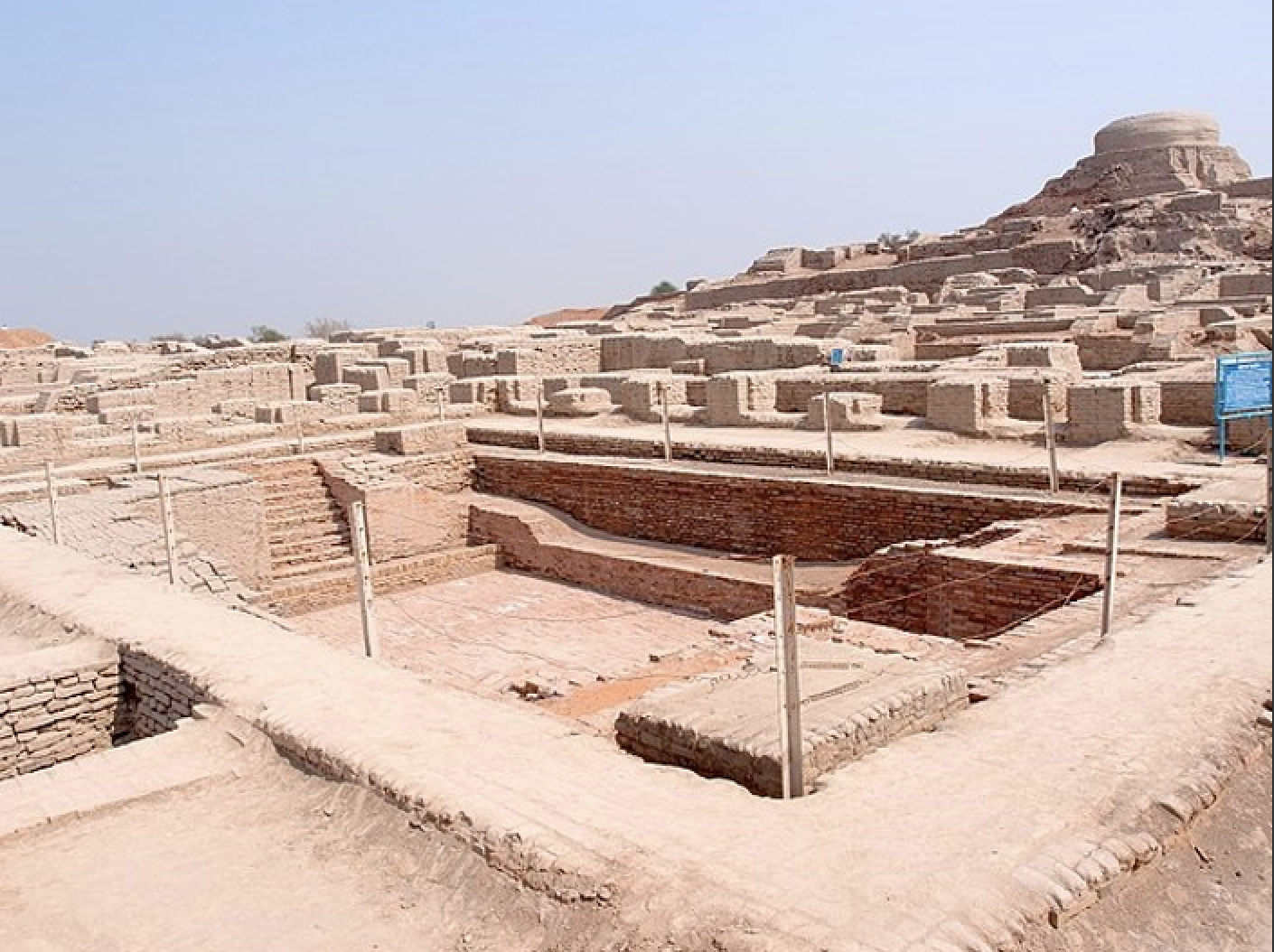 Figure 1. Excavated ruins of Mohenjo-Daro. In the foreground is the Great Bath and the granary mound can be seen in the background. Photo by Saqib Qayyum; CC BY-SA 3.0 license. https://commons.wikimedia.org/wiki/File:Mohenjo-daro.jpg.

The Indus Valley Civilization, also sometimes known as the Harappan Civilization after the first archaeological site discovered there, became the fourth and most recently discovered of the ancient centers of civilization with the publication of the Mohenjo-Daro excavations in 1924. All knowledge of the Indus Valley Civilization had been forgotten until 1921, when Daya Ram Sahni, an Indian archaeologist working for the British government, began excavating the archaeological site of Harappa in the Punjab (northern India). A year later, the Indian historian R. D. Banerjee discovered the site of Mohenjo-Daro in the Sindh (now southeast Pakistan). Through their respective excavations, both Sahni and Banerjee unearthed critical new architectural and material evidence indicating a developed urban culture. Later, under the successive supervision of British archaeologists John Marshall, and then Mortimer Wheeler, large-scale archaeological excavations were carried out at Mohenjo-Daro and Harappa prior to the independence of India and Pakistan from Britain in 1947. Following independence, excavations by Indian, Pakistani, and international archaeologists continued, and  they identified nearly 2800 sites related to the Indus Valley Civilization.[2]