20 FRUIT: A Metaphor for Understanding Interdisciplinarity 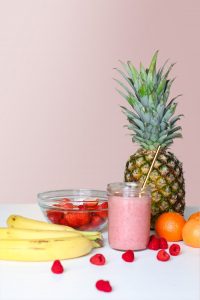 Experience suggests that this discussion can be best approached … by means of a homely metaphor of mixing fruits. Let us fancy that we wish to determine the amalgamation quotient of fruit mixtures. When an apple, an orange, or a strawberry is served alone, this quotient is obviously zero. But connoisseurs sometimes wish to mingle fruits. One criteria in determining the amalgamation quotient of our particular dish would be the number of different fruits involved. A mixture involving apples and oranges is less amalgamated than one involving apples, oranges, and plums. A second criterion would be distance: mixing Mackintosh and Winesap apples would result in less amalgamation than the mixing of oranges and grapefruits, and still less than the mixing of oranges and cherries. Third, there is the novelty of the mixture itself. In Western societies now, for instance, mixing bananas, apples, and grapes is not as creative, and unusual, as the mixing of guavas, kiwis, and blueberries. Fourth, and perhaps most important, is the degree of blending or integration. The various fruits can be served side by side, they can be chopped up and served as a fruit salad, or they can be finely blended so that the distinctive flavor of each is no longer recognizable, yielding instead the delectable experience of the smoothie. Note that the amalgamation quotient says nothing about quality: in some circumstances, a plain mango will surpass all the smoothies in the world; in others, only a fruit salad will do.

In a similar manner, at any given historical point, the interdisciplinary richness of any two exemplars of knowledge, research, and education can be compared by weighing four variables: the number of disciplines involved, the “distance” between them, the novelty and creativity involved in combining the disciplinary elements, and their degree of integration.

This excerpt is from Moti Nissani’s “Fruits, Salads, and Smoothies: A Working Definition of Interdisciplinarity,” available in its complete version at his website.  This excerpt is reprinted here under a CC BY license with his permission.
Photo by Element5 Digital on Unsplash

FRUIT: A Metaphor for Understanding Interdisciplinarity by Moti Nissani is licensed under a Creative Commons Attribution 4.0 International License, except where otherwise noted.