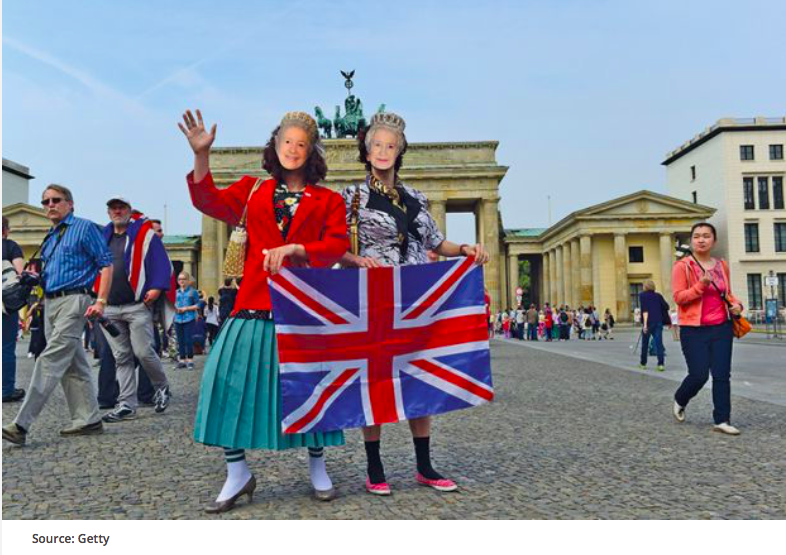 Critical scholarship ought to analyse the strong forces that are at pains to create the impression that English serves all the world’s citizens equally well, or those who uncritically assume this is so, when this is manifestly not the case. (Phillipson, 2001)

In my first post on this topic I put forward some high level statements on why I think OER has a language problem.  The “problem” may largely be one of awareness and as the movement evolves into its adolescence I think it will be increasingly important to surface the intersection of language, OER, and social justice.

My specific concern is with the uni-directional nature of OER from English to other languages.  English as a language holds considerable economic and social power, which has obviously facilitated its emergence as a global language.  This emergence is perhaps neither good nor evil, but carries with it some consequences that are worthy of consideration and have been documented for some time.  The positions on this topic range from moderate to extreme, with scholars like Tove Skuttnab-Kangas dedicating decades to topics such as language rights,  linguicide and the consequences of colonialism to more functional perspectives such as WF Mackey’s framework for understanding prestige, function, and status of language in relation to language vitality.

I was a grad student of Mackey’s at Université Laval in the 90s when he was already well into his seventies.  Mackey ran a internationally well known centre on research in language planning but also had been an advisor to many nations on language planning and policy, and as the story goes, had played an important role in shifting Quebec from English to French in the areas of education, government and the workplace in the 60s and 70s.  What was interesting about Mackey was that he was very academic about his approach, adopting a neutral stance that leaned on the science of language planning, and thus avoiding the inevitably polarizing debates that occur when language planning or revitalization is a topic.

This seems like a good place to start in attempting to be critical about the uni-directional nature of OERs.

Prestige:  depends on its record , or what people think its record to have been.  In some cases this is largely symbolic.

Function:  what people can actually do with the language

Status:  the potential for people do do something with the language, eg. legally, culturally, economically, politically and demographically.

“The functions of a language, as defined as what one in fact does with it, can be directly observed in the language behaviour of the population of any area. The status  of a language can often be modified by changing its functions.”

So what does this have to do with OER and open?

Status is also “what one can do with a language also depends on what  is available in it – books, films, and other cultural products (cultural status)” .  Demographic status is important in the cultural production since it is tied to economic power to some extent.  This is how Mackey relates the two in relation to literacy (note – he was writing this in 1976)

” the production of reading material – books, newspapers, magazines – whether undertaken by the state or by private enterprise, is an economic undertaking.  Literate people who can afford to produce and market books in their language promote it’s usefulness in as much as people buy and read their products.  Being economically dominant, their language is likely to be that of trade, commerce and industry, and as such a valuable language.  The same people can afford to travel and to invest, thus expanding abroad both their activities and their language “

It’s interesting to consider this quote by replacing reading material with OER, and situating it in a context of knowledge production and digital divide.  Importantly, the more functions a language has, the more status it will have. This is not a problem per se, unless it is being done at the expense of the other languages, which some argue is in the case of English (more on this in Ingrid Pillar’s book, see also Phillipson ).  We see this in the growth of academic publishing in English (and resulting inequalities), the growth and availability of English language university programs in nations where English is not the traditional language of higher education, or in the massive English as a Foreign language teaching industry –  all are evidence of an increase in the function and therefore status of English.

The critical question for the open movement to consider is what is gained or lost when we feed the function/status machine of English.  For example, is it a detriment to scientific knowledge or is it a response to an economic necessity?  Who benefits and who is left out?  Does open benefit when it is multi-directional or is the predominance of English as a global language facilitating our efforts? My assessment leans towards the former – hence this project on OER in other languages- but I’m aware more scholarship and discussion is required.  As a parting thought, consider Skutnabb-Kanga’s (2000) distinction between an diffusion of language paradigm and an ecology of language paradigm. 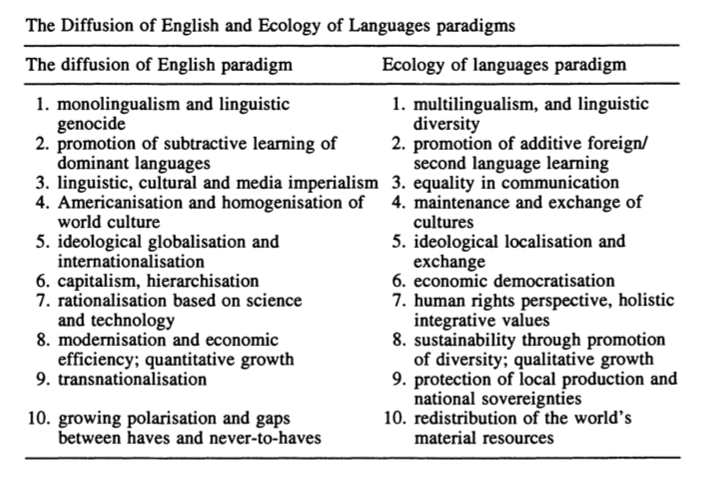 So What’s the Takeaway?

The story of French in Quebec in the pre-1960s revitalization is one of a local French majority where French lost status, function, and ultimately prestige to an English minority.  This was reversed through government intervention and language planning, but continues to be an area that English Canada has difficulty understanding but makes total sense from a Mackey framework perspective.   The important takeaway from this example is that the framework not only describes what is happening, but also gives us some mechanisms for shifting it if we choose.  We have some agency in the open community to care about language planning and insert it in our conversations about OER and social justice.

Tannis is an advisor, Learning and Teaching and researcher, open education practices at BCcampus. For almost 10 years she was the Director of the Centre for Teaching, Learning, & Innovation at JIBC where she was responsible for developing and implementing an e-learning strategy, and leading open education, educational technology and research projects. Tannis is one of the founding members of the OpenETC, a community of educators, technologists, and designers sharing their expertise to foster and support open ed tech infrastructure for the BC post-secondary sector. In 2017 she founded a website that curates Open Education Resources created in languages other than English.

OER and the language problem (part 2) – the status and function rationale by Tannis Morgan is published under Creative Commons Attribution-NonCommercial 4.0 International License.

OER and the Language Problem (Part 2): The Status and Function Rationale by Tannis Morgan is licensed under a Creative Commons Attribution-NonCommercial 4.0 International License, except where otherwise noted.